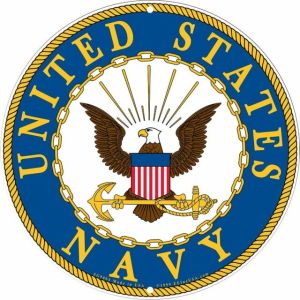 Neil Wallace Shireman died November 16, 2020, at his home in St. George, Utah, at the age of 91. He was born August 20, 1929, in the Queen of Angels Hospital in Los Angeles, the first-born child of Marion Claud “MC” Shireman and Yvonne Shireman (nee Martha Stade).
When he was 10 years old, he, his mother and his little sister moved to their ranch in Vista, California. His father, who was on the Los Angeles police force, remained in LA and visited the family in Vista whenever he could.
Neil and his mother had planted a grove of orange trees on the ranch when he was still a little boy.
He attended Vista High School and graduated in 1947. After graduating he went to Alaska where he worked on a fishing boat. When the Korean conflict began he joined the Navy and became an aerial photographer, serving in Japan.
After his military service he attended Palomar College, where he was co-editor of the Telescope newspaper, and UC Riverside where he earned a BA. He later attended graduate school at UC Berkeley and UCLA.
He married his wife, Joan Sheppard, on December 26, 1965. They both became teachers and taught in the Porterville and Oceanside Unified School Districts. Neil also taught Graphic Communications at Palomar College and was a union negotiator for Oceanside teachers.
After retirement they lived in Vista for several years and then moved to St. George, Utah. Neil was an avid craftsman, reader, traveler, linguist, dog-lover, and writer.
Neil’s beloved wife of 54 years, Joan, predeceased him in April of 2020. He is survived by his son, David Shireman of Las Vegas, a sister, Glenda Ross of Sonoma, and his wife’s siblings and their spouses and children.
He was a loving brother, husband and father.
Funeral services are pending. Arrangements are made under the direction of Hughes Mortuary, 1037 East 700 S., St. George, Utah (435) 674-5000. In lieu of flowers, donations in Neil’s memory can be made to your local Humane Society or a charity of your choice.

To send flowers to the family or plant a tree in memory of Neil Wallace Shireman, please visit our floral store.

You can still show your support by sending flowers directly to the family, or by planting a memorial tree in the memory of Neil Wallace Shireman
Share a memory
© 2021 Hughes Mortuary. All Rights Reserved. | Terms of Use | Privacy Policy